Back in action after another snow storm and a power outage. We got a little freezing rain this morning but I think now we’ll get a reprieve from the winter weather. We had a nice night at home on Wednesday I think before the snow started. We watched Guardians of the Galaxy with Matt and Lisa and cuddled with the puppy on the couch. Indy has overcome her fear of furniture and is now taking full advantage of it for naps. 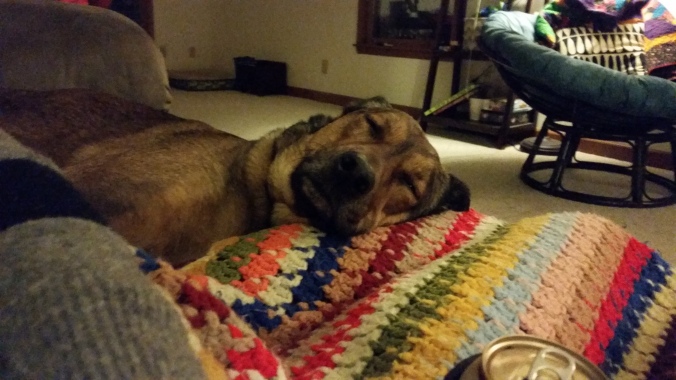 We woke up in the morning with no power after a night peppered with booms of transformers exploding. Fortunately we picked up some firewood to keep warm and bundled up to go explore. We got about 5 or so inches of snow with a little bit of wintery mix so the snow was wet and heavy but crunchy on top. Indy had a blast and reaffirmed her status as a cold weather dog. The university finally decided to cancel classes but the university was technically still open which totally stupid. I can’t believe they expected people to drive to work in that mess. 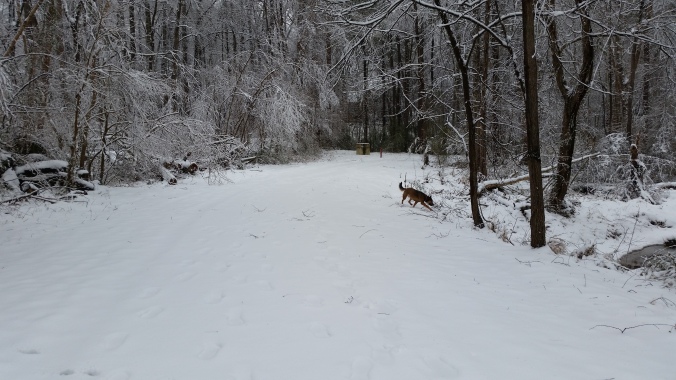 This picture was also from exploring the snow covered greenway.

Which reminds me a lot of this picture from last year. We got trapped on campus when the sky suddenly opened up and dropped snow on Raleigh at a rate of inches per hour. By the time we got ready to go the mass exodus from campus had clogged all the road ways out of campus so we abandoned our cars in the parking deck and walked back to my apartment. It was about a mile walk and we stopped by the grocery store for the essentials (read: beer) 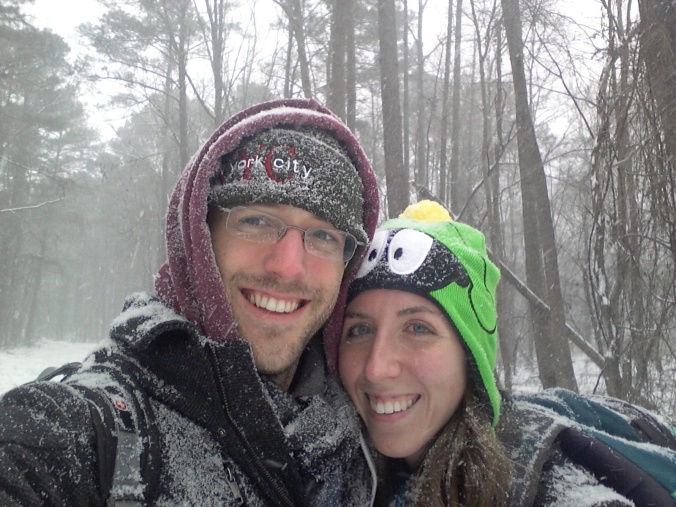 After getting very bored with no power by 11 or so in the morning we decided we may as well start drinking. We channeled our inner Russian in honor of Amanda’s brother William who is teaching in Russia and had some vodka shots with snow in them. After that we made Eskimohitos with rum, lime juice and snow. We didn’t have any mint but we made do 🙂 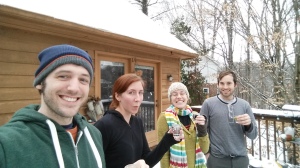 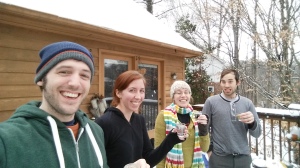 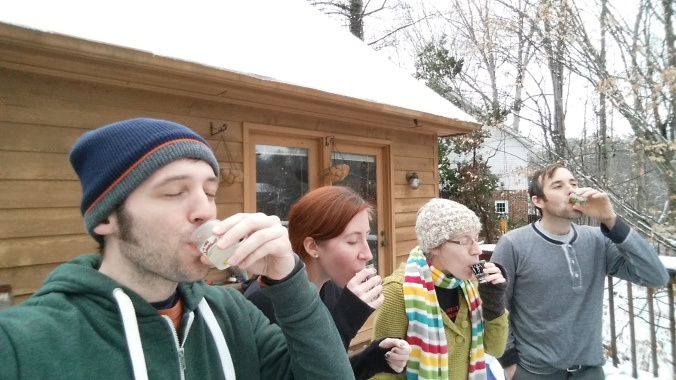 While we were drinking on the porch the power came back on! We finished up our drinks and Amanda passed out around 4 or 5 in the afternoon :p

On Friday, enough of the snow melted so that we could get to campus for the afternoon and we decided to go out to a new barcade (bar + arcade) called Level Up with a few friends, Michael, Leah, Abhishek and Francisco.

Amanda and I love arcade games and pinball especially. There was only one pinball machine so far because they just opened up and are still expanding but it was a fun one with a Playboy theme. Doing certain things in the game would uncover scandalous pictures which was quite entertaining and distracting. 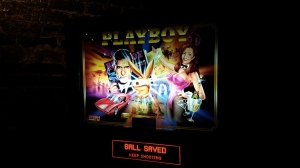 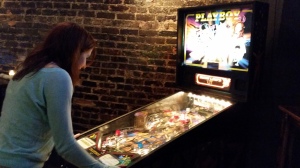 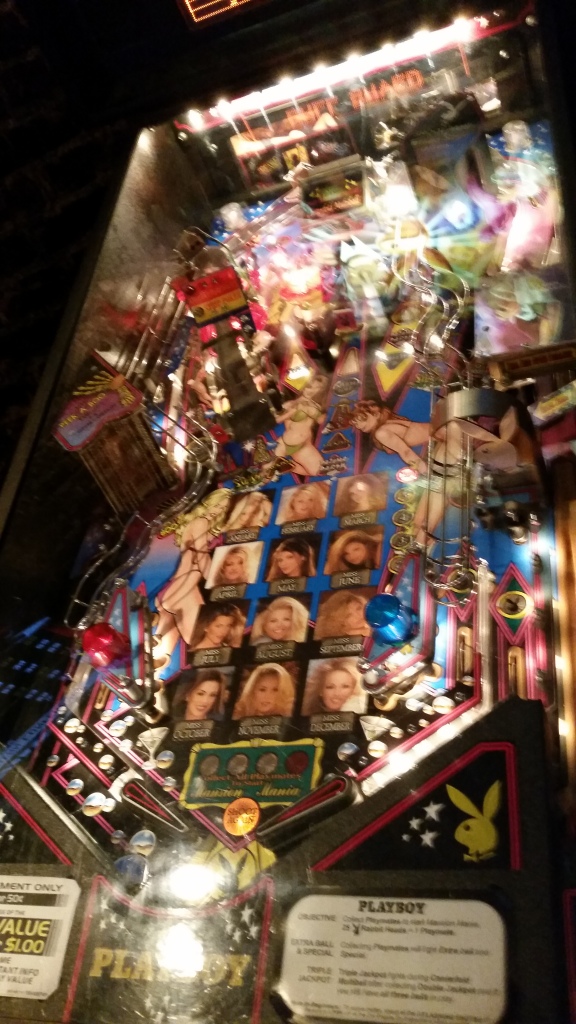 Sorry for the quality. I took this picture with a potato.

Then on Saturday we had a nice relaxing day starting with coffee at Sola and watching House of cards. In true college student fashion we had Cookout for dinner 🙂 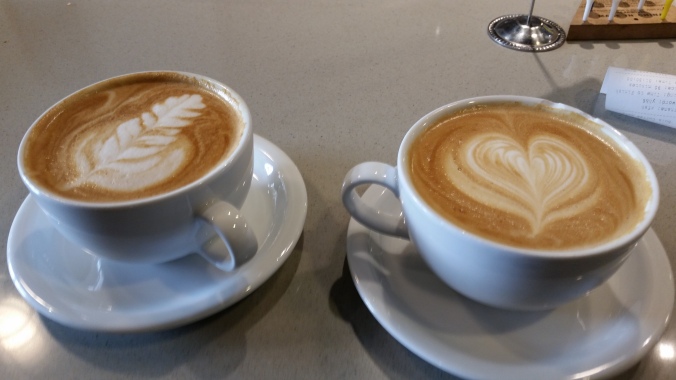