After our tour through wine country, most of Amanda’s family headed back to the states while we went on to Berlin. William made a few scattered appearances here and in London but for the most part it was just the two of us from here on out. We hopped aboard our AirBerlin flight to… Berlin and left old Europe behind for a more modern feel. 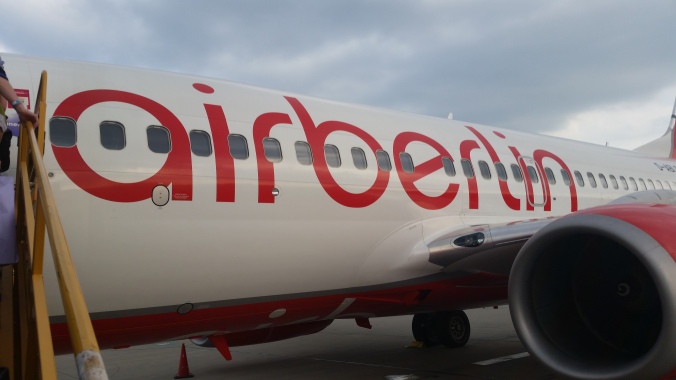 We took a walking tour and had an awesome tour guide. He asked us all sorts of thought provoking questions to get us to think about each destination as we walked there and taught us a lot about the History of Berlin which I’m sure Amanda remembers much better than I do considering how long I keep forgetting to update the blog and how many times I tried to remember what I had for breakfast this morning before remembering that I didn’t have any breakfast (this was well after lunch time which I also didn’t find time for) although maybe it makes a little sense that I couldn’t remember anything since I hadn’t eaten anything which tends to make my brain struggle a little and makes me forget stuff and ramble on and…I’m gonna have to through this in here even though it was from the end of our stay in Germany. We got Kebaps in the Turkish neighborhood at the suggestion of one of our friends. Hi Murat! They were sooooo good.

let’s see… where were we. Oh yes! Pariser Platz! So named to humiliate the French after Paris was overthrown by Prussia (Germany) with Allied troops. I wish I could remember all the details of this because it was kind of a funny story.

Marching through the Brandenburg gate seen here was kind of a symbol of conquering Germany. This was the only structure remaining in the square after the bombing during WWII. 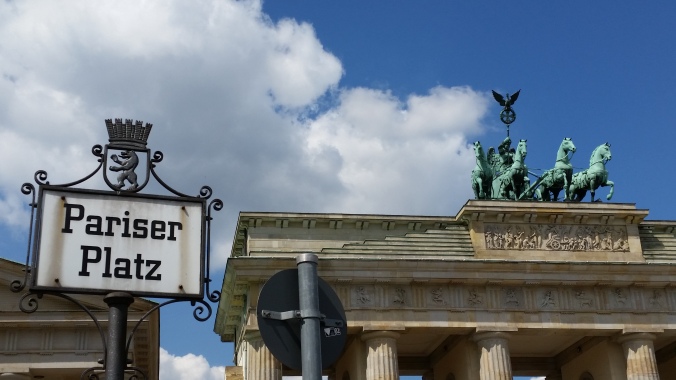 Also in Pariser Platz is another famous building. You might recognize the Hotel Adlon below where Michael Jackson hung a baby over the balcony! We didn’t stay here because the hostels are so much cheaper and we both have a phobia of being hung over balconies.

This is the memorial to the Jewish people who lost their lives during the Holocaust. It was very controversial when it was built because memorials typically have plaques and signs to tell you the history of what happened. This memorial doesn’t have any of that. It’s built to make the visitor think and feel things instead of learn facts and dates. The blocks get taller as you go toward the middle of the memorial and as you travel in it gets colder and darker. The ground goes up and down with steep little hills like waves in an ocean. It makes some people think of drowning, some of being lost in the cold and dark. There is no official meaning from the architect so that everyone can interpret the memorial for themselves and experience their own feelings which I think makes it more powerful than just a history lesson.

Any trip to Berlin wouldn’t be complete without seeing the remains of the Berlin wall. This dotted metal line in the ground marked where the wall used to be. There will be some pictures later of the East Side Gallery with remaining wall segments covered with graffiti. 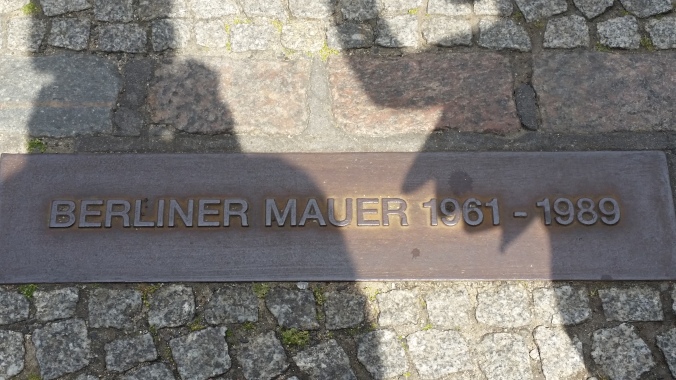 I remembered that this was a cathedral on Museum Island that was very cool looking. 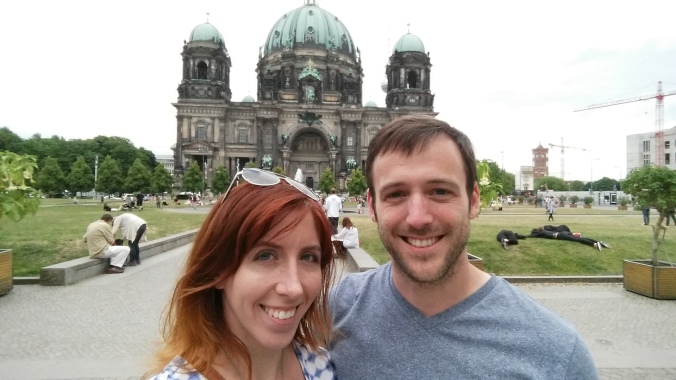 Here you can see the first version of the Berlin wall being constructed in Potsdamer Platz. There was a deadzone between lengths of barbed wire and anti tank fence pieces where anyone caught would be captured or shot

And finally here are some images from the East Side Gallery 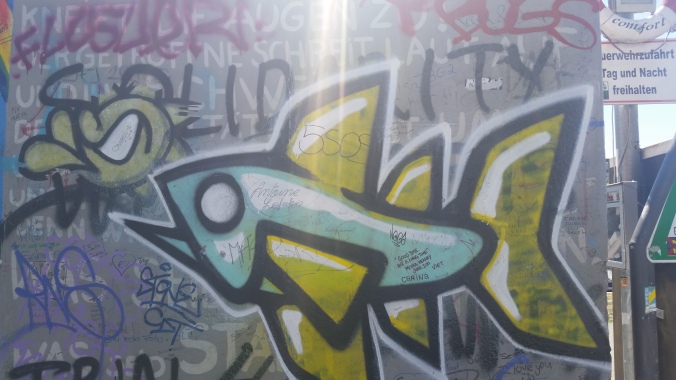 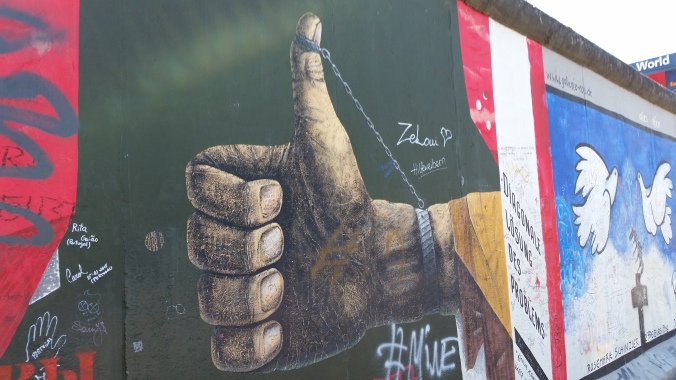 This one was pretty far out 😀

That’s about it for Germany, at least for now. I left some cool pictures out since the post was getting a little long so I might add some more in later.

Stay tuned to hear about tapas, the beach on the Mediterranean Sea, liters of sangria and drinking out of cool medieval drinking vessels in Barcelona!